When Does Christmas Music Start 2019? 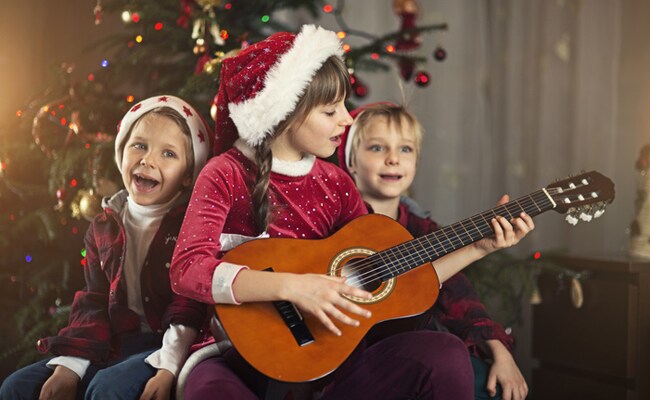 The holidays are coming, and that means Christmas music is starting to make its way back onto our speakers. From the Jackson 5’s “Santa Claus is Coming to Town” to John Legend’s “Believe,” there is a wide range of music to choose from. Whether you’re looking for a traditional Christmas carol or contemporary Christian artists, there are a wide variety of options to choose from.

John Legend recently announced plans to release a new Christmas song. The song will be duet with Kelly Clarkson, and will be the lead single on his upcoming album A Legendary Christmas: The Deluxe Edition. The album contains 18 tracks and is executive produced by Raphael Saadiq. The album will also feature songs by Esperanza Spalding and Stevie Wonder.

In addition to the new album, John Legend has released two new music videos. One features a cover of “Silent Night” by Nat King Cole. The other features the iconic Christmas song by the jazz pianist. The album also features a tribute to Nat King Cole, the first black man to host a variety show on television.

“Believe” is an original by John Legend, which was co-written with Natasha Rothwell, the lead actress on HBO’s “Insecure.” The new song features a cover of “Baby, It’s Cold Outside.” The album also features covers of classic Christmas songs. John Legend’s “Believe” is a Christmas classic, but there’s some controversy surrounding the lyrics. The song’s original lyrics feature a sexualized line that implies a male suitor has spiked a drink, but some believe this is a joke from the 1930s.

Legend’s concert will be broadcast 15 times throughout December, on BYUtv. BYUtv plans to promote the concert as a primetime Emmy nomination in 2020. The performance will also be streamed across all BYUtv platforms.

The Jackson 5’s “Santa Claus is Coming to Town”

The Jackson 5’s “Santa Carol” is a holiday classic from the 1960s. The group was made up of four brothers: Jackie, Tito, and Marlon. They later became known as the Jacksons. In the 1970s, they released three albums. Their first, Maybe Tomorrow, was released in April 1970. The following year, the Jackson 5 released a greatest hits collection. In December, they toured the United States and Europe. In 1972, Michael Jackson began performing solo.

The Jackson 5 were big stars of their generation. They were not only talented songwriters, but they also performed a number of holiday songs. This song has been recorded by many artists over the years, including Mariah Carey and Bing Crosby. Although the singers are different, the basic song remains the same.

Sam Smith’s “Underneath the Tree”

Sam Smith’s peanut cart was a combination of Southern spare parts and Yankee ingenuity. The cart was built by Sam last year and features a lantern that keeps the peanuts warm. Unlike most peanut carts, Sam’s isn’t covered in fabric and is entirely made from wood.

Sam Smith’s new album is a work-in-progress and there’s no release date yet. Although Smith won’t name the tracks on the album, fans can expect an album full of songs about joy and happiness. The new songs have a different feel from his torch songs, which often express a sense of heartache. The songs range from dance pop kiss-offs to choral expressions of joy.

While his last album was a great release, Sam Smith is back with a new album that has a different feel. The album features 10 new tracks, including the single “Too Good at Goodbyes.” Sam Smith’s Christmas album is an excellent mix of heartache and holiday cheer.

Although he’s a gay actor, Smith has spoken publicly about his sexual orientation and gender identity. He’s even admitted to being a genderqueer. He wore male make-up as a teenager, and as he grew older, he drew closer to the feminine side of himself. This stance has kept him from fully opening up as an advocate for the LGBT community.

While Sam Smith’s “Under the Tree'” may be his greatest hit to date, the track is not without flaws. It starts out with a Christmassy instrumental that sets the mood, and then gives way to Sam Palladio’s warm vocals. Under the Tree is a beautiful song with a feel-good factor throughout.

Sam Smith’s voice reminds me of nirvana and his live performances prove that it is genuine. His songwriting is solid and reminiscent of his friend mike. The song also has a bit of boy george-ish coolness. The remix is a DJ premiere.