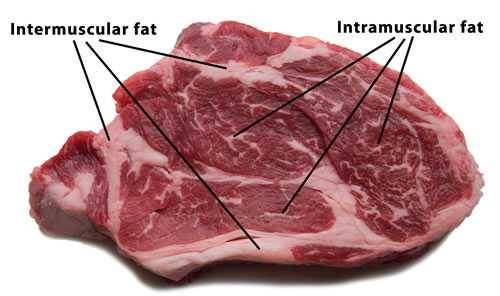 If you want to render pork fat, you will need to know at what temperature to render it. Rendering pork fat is an important part of cooking meat. In this article, we will look at the temperature range, how long pork fat should render, and how collagen breaks down in pork ribs.

What temperature should I render pork fat at?

Rendering pork fat is a crucial part of slow-smoked meats. The pork fat in the meat begins to melt at a temperature of 130 to 140 degrees Fahrenheit. Before this temperature, the fat will remain solid. You must hold the fat at this temperature for several hours to ensure proper rendering. If the fat is heated too quickly, it may burn.

You can render the pork fat using either wet or dry heat. You can either cook the fat in a crock pot or on a stovetop. Then, strain the rendered fat, removing impurities. Pork fat can be stored without going rancid for up to 6-8 weeks.

The purest fat comes from the fatty tissues found around the kidneys of the pig. This fat is known as leaf lard, and it has the cleanest taste of all the pork fats. It’s a great fat for cooking, and it’s excellent in pies, pastry, and frying.

How long does pork fat take to render?

If you’re wondering how to render pork fat, there are several methods that you can use. First, you can cook the fat in a crock pot or on the stovetop on low heat. Stir the fat occasionally to prevent it from burning or sticking. Once it’s done cooking, you can strain the fat through cheesecloth and store it in the fridge or freezer. Once rendered, it’s safe to consume and can stay fresh in the refrigerator for up to three months.

Pork fat is found in pockets around major organs of the pig. This fat is the key to the flavor and texture of smoked meat. Pork fat contains high levels of vitamin D, which promotes health. It also absorbs chemicals from food, which makes it a rich source of flavor. When rendered correctly, pork fat can be used for cooking, baking, and seasoning cast iron. You can also can the fat for later use, called “lard.”

The rendering process takes time. While some methods work faster than others, it can take a few hours. If you’re using a slow cooker, it might take eight to ten hours. But the benefits of pork fat are well worth the effort.

What temp does fat render in pork ribs?

The temperature at which the fat renders in pork ribs is important for tender, juicy meat. While the accepted finishing temperature for pork is 145 degrees, the collagen within the meat begins to break down and become gelatin at 165 degrees. Ideally, ribs should be cooked to a safe internal temperature of 195 degrees to 203 degrees for maximum render. The best way to determine internal temperature is to insert a meat thermometer between two ribs. The meat closest to the bones will register a higher temperature than the meat in the middle. Also, if the meat is thicker, it will be harder to balance the thermometer between two bones.

The fat in ribs begins to render at a temperature of 130 to 140 degrees. The meat must be cooked at this temperature for several hours to get the desired result. Once the ribs are cooked, you can remove the membrane to enjoy the tenderest ribs. You can use kitchen scissors or a paper towel to remove the membrane.

What temp does pork collagen break down?

It’s important to know what temp pork collagen breaks down, because this nutrient helps meat stay moist. It begins breaking down at a temperature of about 160 degrees Fahrenheit, and continues to melt rapidly up to about 180 degrees Fahrenheit. This means that meat that’s been slowly cooked will retain the most moisture, and will be the most tender.

Lower-cost cuts of meat typically have higher amounts of collagen, so they need to be cooked at a lower temperature and for longer. This process is called denaturing, and it transforms tissues at a molecular level. Collagen is what holds muscles together, and once it’s broken down, the meat is tender.

How do you render pork fat fast?

To render pork fat, the first step is to drain and cool the fat. Once the fat has cooled, you can use a food processor to grate it into small pieces. Rendering pork fat can take up to an hour. During this time, you must stir the fat regularly and strain out any excess grease. After rendering, the rendered pork fat should be a light golden color. Once it is rendered, you can use it for cooking and baking.

The fastest way to render fat is to cut it into small chunks and place them in the fridge or freezer. Alternatively, you can use a slow cooker or Instant Pot to do it quickly. Then, you can store it in jars for use in cooking or baking. Rendering pork fat also makes it easier to trim and cut the meat.

When cooking fat, you should heat it over a medium heat. As the fat melts, bubbles will appear. When the fat is melting, you can reduce the heat to prevent the fat from browning. During the rendering process, it is important to add a little water to avoid the fat from scorching.

How do you know if your fat is rendered?

There are a few ways to tell if pork fat has been rendered. Rendering will give the fat a clean flavor, without any pork flavor. Rendering is an easy process that produces lard that can be used in cooking, baking, and seasoning cast iron. It can also be used for canning.

Rendering can be done by using either dry or wet heat. Dry heat involves cooking the fat on its own, while wet heat uses water. Once the fat is rendered, it is strained to remove any impurities that were formed during the cooking process. The final product of this process is a liquid that will be good for six to eight weeks. Rendering can be done in many different ways and the fat can be stored in ice cube trays.

There are two methods of rendering pork fat. First, you can use a food processor or grate the fat by hand. The finer the fat is, the more lard it will release. Second, you can use a cheesecloth to filter out any sediment.

At what temperature do you render lard?

Rendering fat from pork can be accomplished in a variety of ways. One method is to cook it on a very low heat. Rendering meat on a high heat will cause the fat to melt, while rendering fat on a low heat will preserve its natural color and flavor. Another method is to grind the fat. It is best to do this when the fat is slightly frozen. The liquid that is left behind should be poured into a lidded colander. When stored, this lard can be stored in a refrigerator on the top shelf, and should be kept in the coldest part.

When rendering pork fat, make sure to stir it occasionally to prevent it from burning or clumping. If you can’t get the fat to separate, you can use a Dutch oven. You can also use a large pot and cook the fat on low heat. Keeping the lid off will help prevent the steam from condensing back into water, which will ruin the lard. The liquid can then be strained through three layers of cheesecloth to remove any remaining solid matter. Once separated, chop the fat into small cubes.

Why is my rendered lard not white?

When rendering pork, it is important to separate the fat from the liquid. If you leave the fat in the liquid, it will begin to burn and turn a yellow color. It will also start to smell and taste like chicharons. It is best to separate the fat as soon as possible after it has melted. This process may take a little practice, but the results are worth it.

Once you have separated the meat from the fat, you can begin the process of rendering it. To render lard, simply grind the fat with a meat grinder or chop it in small pieces. If you’re not comfortable with using a grinder, you can always ask your butcher to grind the fat for you. This can save you time, but you might have to pay a little extra for this service. To render the fat, make sure to use a clean, heavy pot. Also, keep the heat low to avoid scorching the lard.

You can render your lard in a crockpot or stock pot. Use a low temperature to avoid burning the cracklings and giving the lard a “pig” flavor. When rendering lard, be sure not to boil the fat – this will destroy the flavor. Also, always stir the lard while it is cooking to prevent it from scorching or burning impurities.