What is a Pork Ribeye? 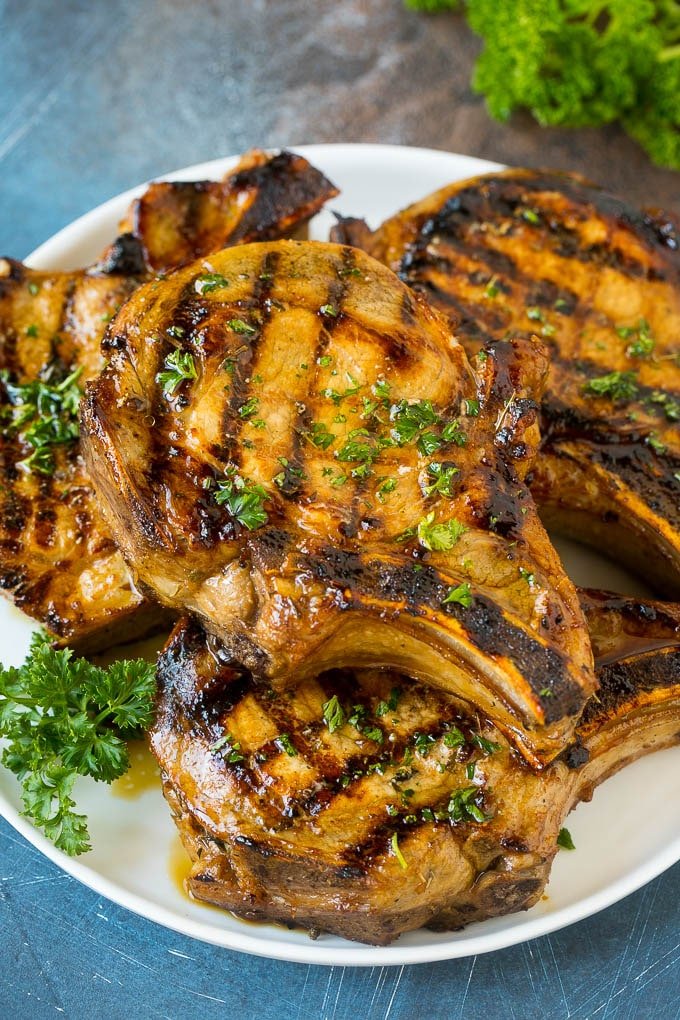 You may have heard of the term pork ribeye, but what is it exactly? And are pork ribeye chops the same as pork loin? Let’s get to know this tender cut of meat better. It’s also easier to cook than loin, so you can enjoy it as a meal by itself or with some of your favorite vegetables.

Is a pork ribeye tender?

If you want to eat a pork ribeye steak at its best, you need to know how to cook it. The basic cooking method involves using a heavy-bottomed skillet and medium-high heat. Once the ribeye is seared, you need to flip it at least once. This process takes about 15 to 18 minutes. You can also use dry rubs to add flavor to your meat. Pork ribeyes should be firm but not overcooked.

During the cooking process, you should make sure the meat is dark in color and has a nice amount of marbling. Also, you should buy a pork ribeye that weighs at least two pounds. Make sure to add salt, preferably Kosher or regular, to the meat. Also, you can add a little Dijon mustard or apple cider vinegar to make the meat more tender.

Once the meat is properly seasoned, you should start grilling it. Grilling a pork ribeye will bring out its best flavor. You should cook it to an internal temperature of 145 degrees Fahrenheit. Then, let it rest for about three minutes before serving.

Pork ribeye chops are cut from the rib region of the loin, which makes them very tender and flavorful. They are also healthier than other cuts of meat. A three-ounce cut has about 164 calories and contains 24 grams of protein. Pork ribeye chops are low in fat, but the amount of fat in the meat will depend on how large a portion is.

When cooking ribeye chops, it’s best to cook them to an internal temperature of 145 degrees Fahrenheit. Overcooking will dry out the meat. Once cooked, let them rest for 5 minutes before serving. The cooking time will depend on the thickness of the cut, whether the chop is boneless or bone-in, and whether it has been seared. Pork ribeye chops should be cooked in the oven for fifteen to eighteen minutes.

Pork ribeye chops are typically one to two inches thick, which makes them more tender and juicy. You should then season them to your liking and sear them on both sides. Then, move them to a cooler part of the grill. If you want a crispy exterior, you can try a breading technique, which involves coating the chop in flour, then dipping it in beaten egg. You can also coat the chop in breadcrumbs with dried herbs or Parmesan cheese.

Ribeye pork chops are made from the rib portion of the pork loin. These meats have a high intramuscular fat content and are incredibly succulent. You can prepare them in a variety of ways by cooking them at a higher temperature than standard pork chops. Ideally, you should cook ribeye pork chops for 20 minutes.

Pork chops are an excellent source of complete protein. A 3-ounce pork chop contains about 43 percent of the recommended daily allowance of protein for men and 52 percent for women. Proteins are found in every cell in the body and play an important role in building up tissue and muscles. They also transport important substances such as oxygen. They are essential in your body. Therefore, it’s important to eat your meat at the correct temperature for health.

Ribeye pork chops contain a lower percentage of saturated fat than sirloin chops. They also contain small amounts of selenium, a mineral that plays an important role in the immune system. It also has antioxidant and anti-inflammatory properties.

Why are pork steaks so cheap?

The cost of raising and processing pigs is much less than that of beef, so pork steaks are generally cheaper than beef. In addition, pigs are relatively easy to rear and self-sufficient if given the freedom to roam freely. As a result, pork is more environmentally friendly than beef and can be raised on a small plot of land.

Pork is a good source of protein for those on a tight budget. It is also cheaper to produce than chicken, which requires a lot more time and space. Pork also does not require refrigeration, making it an excellent choice for people on a budget. Another great benefit of pigs is that they are a very profitable source of meat. Pigs are common livestock and are used for food production, breeding, and milk production.

Pork is cheap because it is easy to rear, feed, and slaughter. It is also lean, so pork steaks tend to be boneless. Pork steaks are also less expensive than pork chops, which is another reason why they are so affordable. If you are looking for a delicious meat alternative, you can also try buying pork steak online. There are meat purveyors who source their meat from high-quality sources, so you can rest assured that the meat will be of high quality.

What is the best cut of pork chops?

Like beef steaks, pork chops come in several cuts. While their names aren’t always consistent, they all have similarities. The best cut of pork chops is the boneless chop, which is the leanest meat cut. The drawback to this cut is that it is easy to overcook. Chops without bones or connective tissue have very little flavor. You can use dry rubs and marinades to enhance their flavor.

Boneless pork chops are similar to rib chops, but the bone has been removed. These boneless chops are easier to cook and prep. Boneless chops are also leaner, which means less fat in the meat. Bone-in chops also take longer to cook.

After you cook pork chops, they should rest for about 10 minutes before being cut. Cutting them too early will cause flavorful juices to escape the meat. Resting will allow the fibers of the meat to relax and soak up the juices.