What Are Food Taboos? 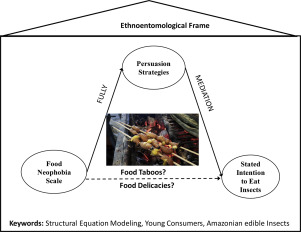 If you’re interested in learning about food taboos, you’ve come to the right place. These taboos can be religious, cultural, or legal, and they differ from country to country. For example, there are food taboos that say you shouldn’t eat meat from a particular animal. In many cultures, this is because eating certain kinds of animal meat will cause a reaction of disgust. However, some people have no problem eating meat from other animals.

What is the meaning of food taboos?

What are food taboos? Foods that are considered taboo by one culture are not allowed in another. These foods are prohibited in many countries, including the United States. Many cultures do not eat certain animals, such as insects or rats. However, Americans do not consume certain meats or foods because they are considered taboo by the majority of people. Food taboos can be religious, cultural, or legal.

Some food taboos are based on religion or moral values, and the concept of tabu implies that a particular food is forbidden or unfit for consumption. The concept of a taboo originated in polynesian societies, where a taboo can be an environmental protection or a negative dietary behavior. While food taboos are often negative, they can also help a society remain cohesive.

What is an example of food taboos?

Despite their differences, food taboos affect all human societies. Most religions have specific rules dictating what foods are ‘fit’ for certain people and not for others. Some dietary rules are based on specific life stages, special occasions, or even for survival. In some cases, food taboos are arbitrary and may not apply to every society. However, the reasons behind food taboos are generally sound and serve the interests of the people and society.

What is the most common food taboo?

Food taboos are common among human societies. However, there are some that are more common than others. The first is a ban on certain species, especially those that are dangerous to humans. In many cultures, these taboos are rooted in an ecological concept and may serve a dual purpose: protecting the resource from contamination and promoting full utilization of that resource. For example, the Orang Asli in West Malaysia, who live in the rainforests, have a ban on eating leeches and small lizards. Food taboos are also common among some peoples, including the Nootkas and Tlingit Indians.

Some food taboos are based on religion. For example, Hindus do not eat cows. Cows are seen as useful gifts from God, as they provide milk and other food products. In addition, many Muslim families avoid eating pork because they believe that pigs are bred under repugnant conditions. Some food taboos are not rational, and some are just based on personal beliefs.

Why are some foods taboo?

There are many reasons for taboos, including lack of access to essential nutrients and monopolization of food by one part of society. Food taboos can also lead to shortages of vital nutrients, especially for children. In Senegal, for example, women and children are forbidden to eat poultry products. Traditional healers often attribute childhood ills to breaking food norms. Food taboos can also contribute to cultural and religious differences.

There is a large amount of cultural diversity surrounding food taboos. For example, meat and eggs are not usually given to children in parts of Africa. Parents often fear that they will steal. Other taboos, such as eating coconut milk, are restricted for children, while duck gizzards and liver are forbidden for adults. Some taboos may have a religious or medical background as well.

Taboos are not only about cultural diversity, but also about protecting individual rights. Often, these social norms are meant to protect human beings and make better use of resources. But they can also be a way to suppress subsets of a culture. For example, asking about money is taboo in the Pacific, and eating pork is considered taboo in Asia. Taboos also stem from ancient Polynesian beliefs. The Polynesians first discovered food taboos when they visited the islands, and Captain James Cook learned about them when he traveled to the Pacific. While some of these taboos are legally enforceable, most are merely considered poor taste or considered to be a sign of poor character.

People in many cultures have different food taboos. These can be based on time of year, gender, and religious fasting. In cultures where food is considered taboo, it can serve a number of functions, from preserving resources to creating a sense of community. Some food taboos are as simple as not eating certain foods. In other cultures, food taboos can be more complex and controversial, and they can have a profound effect on a group’s cohesion.

These taboos can be quite extreme, ranging from eating animals you wouldn’t otherwise eat to eating certain kinds of plant matter. In some places, people have declared eating certain types of foods to be taboo because they have harmful health effects. For example, most coastal fishermen have declared that eating certain types of fish, including fish that are high in contaminants and toxins, are taboo. Some cultures also forbid eating certain animal parts, including snakes and partridge. Other food tabos include the consumption of certain plants, like beans, as they have been linked to stomach disorders in some people.

How does food taboo affect health?

Food taboos are beliefs about what is not acceptable in a culture. These beliefs usually stem from a misunderstanding about food or from religious or cultural beliefs. These taboos are especially harmful to pregnant women, as they can negatively impact their fetus. In this study, researchers assessed the prevalence of food taboos among pregnant women in Dimma district, Gambella, Ethiopia. They used descriptive statistics and multivariable logistic regression models to analyze the results. The study also identified independent predictors of food taboo practice.

The researchers conducted a survey to determine the opinions and perspectives of the population about food taboos, including the types of foods that are avoided, why they are taboos, and which groups are most vulnerable. Additionally, they wanted to determine the relationships between food taboos and socio-economic status. The study also found that food taboos were based on conscious observation of behavior among close members of the community, and that they governed particular stages of the human life cycle, special events, and even certain foods.

What are some examples of taboos?

There are many food taboos around the world. These can be religious, cultural, or even legal. In many cultures, these taboos are meant to protect the health and morality of the people. For example, in the United States, eating eyeballs is taboo, even if it’s an animal product. Regardless of the reasons for avoiding certain foods, we should respect these beliefs and honor them.

People from different cultures have their own dietary and spiritual beliefs, and food taboos vary accordingly. For example, Hindus forbid eating meat from the sacred cow, and Muslims forbid eating pork. Other religions have similar taboos, excluding certain foods for different reasons. Some of these taboos are practical or religious, while others are just social. For example, certain foods are taboo in some communities, while others are only prohibited by certain classes or during specific festivals.

In some cultures, eating certain kinds of food is forbidden. For example, eating snails is considered a taboo for warriors, as snail consumption may weaken the strength of a warrior. Other examples of food taboos include eating partridge, water reptiles, and porcupine. In some cultures, even plants are tabooed, since they cause stomach problems. While eating certain foods is a personal choice, it is important to eat healthy and avoid food taboos that may lead to disease.

What is taboo and give examples?

Food taboos are often related to religious and cultural beliefs, and eating a certain food can help you to understand a culture better. You can also learn about other people’s cultures by sharing your meals with them. You’ll discover details about their lifestyle and their beliefs that you might otherwise never learn about. Some foods are prohibited for religious or cultural reasons, while others may be illegal. Let’s explore some examples.

In some cultures, it’s not acceptable to photograph people in public places, because it’s considered an invasion of privacy. In some cases, it’s even against the law. So, if you’re asked to share a photo with someone else, make sure to blur the person’s face in the background. It’s also considered rude to yawn in public; it makes you look like you’re bored. There are even cultural taboos related to bribery, but these are not always food-related. Nevertheless, in some cultures, bribery is illegal.

Another example of a food taboo is when a group has to refrain from eating something that’s considered unclean or unhealthy. For instance, the royal family of Ghana refused to eat pigeons, since they believed the bird had helped their ancestor in a battle. Similarly, a refusal to eat fish was considered a mockery of the fishing culture, while pork and alcohol were banned due to religious reasons.