How to Cook Frozen Okra Without the Slime 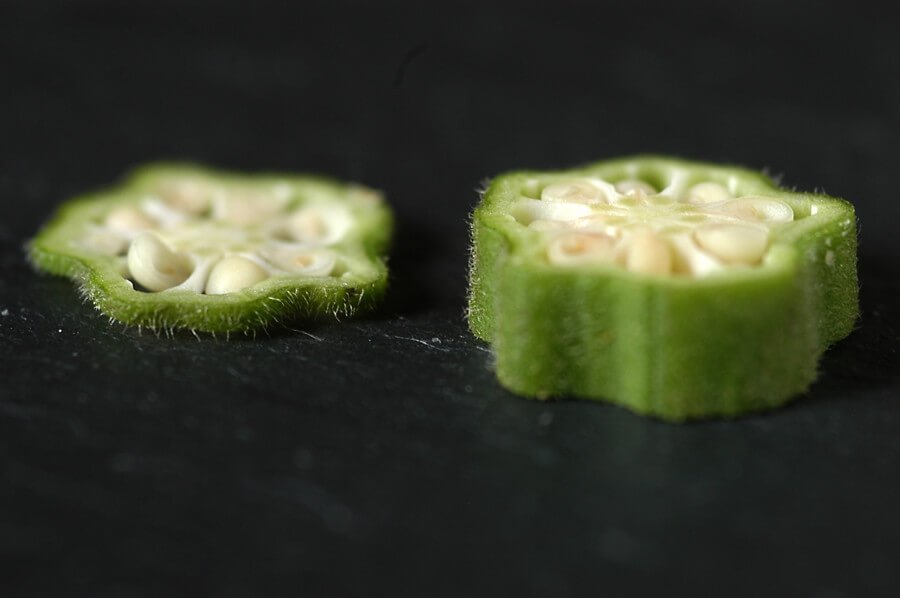 If you’ve been wondering how to cook frozen okra without the dreaded slime, you’ve come to the right place. In this article, we’ll cover how to thaw okra before frying it, as well as how to boil okra without the slime.

How do you cook frozen okra?

There are many ways to cook frozen okra without the slimy residue. Using an acid, blanching in boiling water, and cutting off the stem ends are some tips to help you avoid the slime. You can also roast, grill, or saute frozen okra without slime. Regardless of the method, you should always remember to drizzle olive oil on cooked okra before serving it.

Soaking okra in vinegar for 30 minutes to an hour before cooking it will help reduce the sliminess. However, make sure to thoroughly pat dry the okra before cooking it. Also, try to cook the okra in large chunks. Cutting the okra into small pieces will release more mucilage.

Okra can also be cooked whole. But make sure you wash it well and then pat it dry with a paper towel before you cook it. Besides that, soaking it in water or vinegar will cause the mucilage to build up and result in slime. If you are worried about the slime, you can blanch the okra to remove the mucilage.

Do I need to thaw frozen okra before frying?

Okra can be found frozen at grocery stores and sometimes comes in precut pieces. After freezing, the okra should be thawed overnight in the refrigerator. It should then be wiped dry. The stem ends should be removed. The okra should be sliced into 1/2-inch-thick rounds before frying. Then, heat a pan or skillet and add oil.

Okra is native to warm climates in Africa and Asia. It is a plant of the mallow family, along with hibiscus and cotton. It grows in the form of a tall, green plant with green pods that contain tiny white seeds. Okra is a versatile vegetable, which can be eaten raw or cooked. Frozen varieties are more affordable and last longer.

If frozen, it is best to thaw it before frying. This will prevent it from becoming slimy while cooking. It will also help the okra retain its texture. Moreover, it is recommended to wash the okra thoroughly before using. If the okra is already sliced, it will be easier to remove the slime and keep the texture intact.

How do I get the slime out of okra?

Okra is a delicious green pod that’s often served fried, pickled, or grilled in the Southern states. It was originally imported from Africa and now appears on Southern menus across the country. However, not everyone knows how to cook it correctly, and when it’s cooked the wrong way, it becomes a slimy mess. Luckily, there are several easy ways to remove the slime from okra.

After soaking the okra, cook it in veg oil for about 15 minutes. After that, you can add it to your gumbo. Be sure to drain any excess water that may have accumulated over time.

How do you boil okra without slime?

Okra is a healthy vegetable but it can be tough to cook. Its sliminess comes from a natural compound called mucilage, a combination of polysaccharides and glycoprotein. The wetness of the vegetable can also make it difficult to cut.

To cook okra without slime, start by thoroughly washing the vegetable. If the okra is stringy, it has been overcooked or not rinsed thoroughly. In some cases, people suffer from an enzyme deficiency called phenylketonuria, which causes a lack of ability to break down starches and sugars. Okra also contains lectins, which bind to the lining of the intestine and can cause inflammation and mucus production.

To reduce the amount of slime in okra, you can soak it in vinegar for 30 minutes to an hour before cooking. After soaking, pat it dry. Another way to cook okra without slime is to cut the okra into large strips instead of discs. Larger pieces of okra release more mucilage than small, flat pieces.

Can I fry frozen okra?

When cooking okra, you have to cut it into large chunks rather than thin slices, which will allow the slime to escape. Another trick is to poke holes in the pod, which will help release the mucilage. Once you’ve done this, you can chop the okra to whatever size you want.

You can also soak the okra for 30 minutes to an hour before cooking. The soaking will help make the okra less slimy, but you’ll still need to pat it dry before cooking. It’s also important to keep it in large pieces, as cutting it into smaller pieces will make the mucilage more viscous.

If you want to cook okra without slime, you can buy it frozen from the frozen vegetable section of the grocery store. It comes in plain and breaded varieties. If you’re looking for a healthier alternative to deep-frying, you can try air-frying instead. Air frying uses less oil than traditional cooking methods, and the okra will remain soft and tender.

To cook frozen okra without slime, you need to avoid overcooking it. However, you can do so with the right method. First, you need to rinse it well before cooking. After that, cut it into bite-sized pieces. Next, you need to fry it in a non-stick skillet until it turns golden brown.

If you don’t want to deal with slime, you can soak it in vinegar for at least 30 minutes before cooking. This will reduce the amount of slime that develops. After soaking, pat it dry to remove excess moisture. In addition, it’s best to keep okra in big pieces, as chopping them into smaller pieces releases more mucilage and makes them slimier.

You can cook frozen okra in the same way as you would eat fresh okra. The main difference between the two is the cooking method. While you could cook whole okra, cooking it in its pod will result in a slimy consistency.

How do you clean okra for frying?

Before you start frying frozen okra, you should first clean it. You can do this by using a white vinegar solution. Vinegar contains acetic acid, which kills bacteria and other unwanted elements. It also removes wax and pesticide residue. The next step is to rinse the okra thoroughly. Afterwards, you can cut off the stem and cut the okra into bite-sized pieces.

Fresh okra will have a uniform green color. You should also try to avoid okra that is too large and fibrous. Moreover, make sure that you thoroughly dry the okra before frying. If the okra is still moist, it will develop black spots. Wipe it several times to remove any remaining moisture.

Once you have washed the okra thoroughly, you should cut it into chunks. It is better to cut large chunks than thin slices. This will give the okra more surface area and less mucilage.

Can you cook frozen fried okra in the oven?

The most important thing when cooking okra is to cook it thoroughly and completely. This will ensure that the okra is crispy and free of slime. You should always keep an eye on the frying oil temperature. If the oil is too hot, it can burn the breading. On the other hand, if the oil is too cold, it will absorb the oil, which will make it soggy. The best way to cook okra is to fry it in a pan. You should also use a middle-rack in your oven so that the heat will be distributed evenly.

If you are unable to find frozen fried okra in your local grocery store, you can purchase it frozen and cook it in the oven. You can also cut it into bite-sized pieces. It’s advisable to remove the stem and any damaged parts before cooking so that you don’t end up with a slimy mess. The oven will help retain the crunch of the fried okra and will also allow the outside to crisp up.